Edit
watch 02:56
Raise a Floppa - The Loop
Do you like this video?
Play Sound

Baldwin Hills is a location in Wasteland 2.

A fortified village with walls made of corrugated tin and covered in graffiti located at Jefferson and 6th, Baldwin Hills comes under attack by a squad of Children of the Citadel disguised as Desert Rangers, in a bid to turn the population of the L.A. wetlands against the lawmen. Defeating them makes it easy to clear any suspicion, as long as the Rangers play their cards smart. 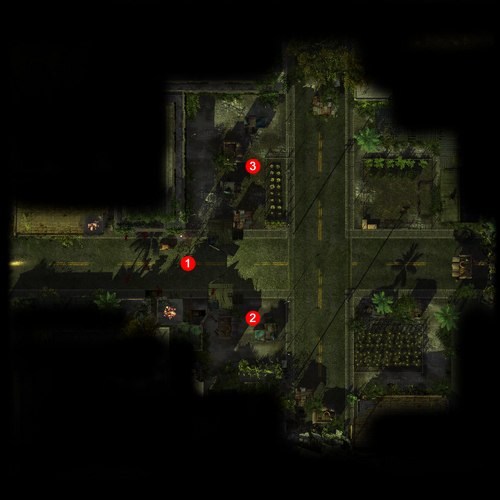