Canyon of Titan is a location in Wasteland 2. It is located north-east of The Prison and requires Radiation Suits to reach it.

Canyon of Titan is a pass controlled by the M. A. D. Monks, who worship the radiation. The monks offer safety and security to travellers moving between western and eastern Arizona, cut off due to radiation, in exchange for a donation. They took over it an unknown point of time.

The pass was quiet dangerous before the Mad Monks took over, with raiders often attacking those passing through the canyon. The monks have kept peace in the area by threatening to unleash their god, a Titan II inter-continental ballistic missile, a nuclear warhead for whom they built a temple in its missile base.

The monks however offer security to anyone who pays them tribute, including raiders. Anyone assaulting those with the "Mark of Titan" is declared a public enemy and hunted down by them. The Diamondback Militia, a new militia from eastern Arizona, had established their presence in the canyon a few weeks before Team Echo showed up in 2102. 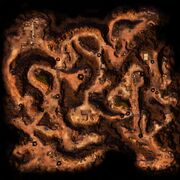 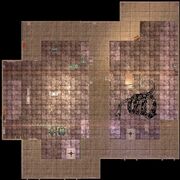 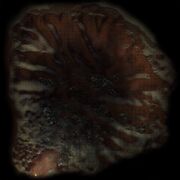 Retrieved from "https://wasteland.fandom.com/wiki/Canyon_of_Titan?oldid=21186"
Community content is available under CC-BY-SA unless otherwise noted.