Cowboy is a generic name used for cowboys in Wasteland 2. 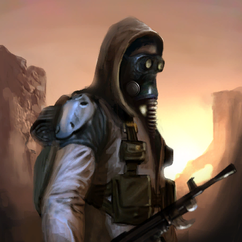 Cowboys primarily engage in cattle herding and trading as occupation, protecting their cows and themselves even by using firearms.

The cowboys farting after eating beans is a reference to the film Blazing Saddles. One of the cowboys asking, "How 'bout some more beans, Mr. Taggart?" and the latter's response are a reference to a scene from the film.[1]

Retrieved from "https://wasteland.fandom.com/wiki/Cowboy?oldid=20747"
Community content is available under CC-BY-SA unless otherwise noted.