Start a Wiki
For the Wasteland version of this town, see Highpool.

Highpool is a location in Wasteland 2 and one of the first towns you encounter alongside Ag Center.

Highpool is the home to a rather close-minded community of people, who are most notable for their loathing of the Desert Rangers. The town is built on an old reservoir, with large pools of water on top of a walled hill (hence the name "Highpool"). It supplied water to many of the communities in Arizona after the nuclear war.

This deep set hate comes from events that happened 15 years before, but which are still fresh in the minds of the townsfolk. Despite their strained relations with the Rangers, the town still supplied them with water and depended on their protection (since there was no one else to turn to until the Red Skorpion Militia came into the picture).

In 2087, a Rangers team led by Snake Vargas repaired the town's water purifier. They were however forced to kill an orphan named Bobby who attacked them after they killed his dog Rex. The Rangers were in turn attacked by a vigilante named Red Ryder. The townsfolk, terrified after Bobby's death, hailed the Red Ryder as a hero, ignorant of his own demise.

Highpool still remained under Ranger protection, though their patrols decreased and stopped by 2101. Some Rangers however continued to visit the area. The town started depending on the RSM for protection in exchange for water, but the mayor Jason Vickstrom never handed over the contract of security permanently to them.

In 2102, the town was attacked by a raider gang called the Wrecking Crew which had mysteriously acquired better weaponry and was led by Jackhammer, a woman who had her arm replaced with a jackhammer. The raiders succeeded in killing its mayor and many other residents, whilst also damaging the irrigation system.

This is the second mission in Wasteland 2 and is a choice whether to visit it before or after Ag Center. In 2102, Highpool was attacked by a raider group called the Wrecking Crew who killed the mayor Jason Vickstrom. A team of Red Skorpion Militia which included Harvard and Dogbreath, tried to come to aid of the town but were slaughtered in its underground tunnels by a synth. 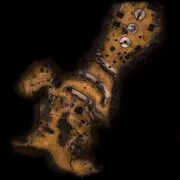 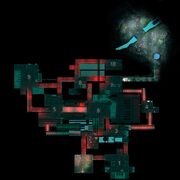 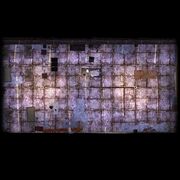 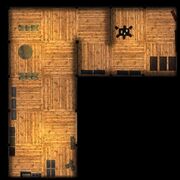 Retrieved from "https://wasteland.fandom.com/wiki/Highpool_(Wasteland_2)?oldid=22150"
Community content is available under CC-BY-SA unless otherwise noted.