The radio tower is an isolated and rugged area. Although it was originally owned by the Desert Rangers, it was at some point taken over by a gang of raiders led by Spyke Alpha who made people pay a toll to pass through the area.

The first mission in Wasteland 2 is to investigate this location.

At the beginning of the map, just before the T-crossing Ace´s Ranger star is "hidden" in a bush. Get it and report back to "X" the old man back at Ranger HQ, who is responsible for the museum and tour.

The map contains some early level thugs at the center of the map, guarding the Radio tower. When getting close by they will challenge you to pay, fight or get out of there.

There are three caves, one with a damaged synthetic and some notes - guarded by a toad. The other is a smaller cave with a lonely, broken toaster. A third has two entrances with four Honey Badgers, and a locked chest. For the third. You need to have a level 5 Perception to discover it.

In the southern part of the map are more thugs. After talking to Red about Rick Baychowski, you'll be informed by General Vargas that robots have been spotted at the site.

The radio tower can be fixed with Mechanical Repair, upon which you'll hear a morse code. 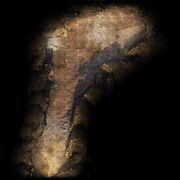 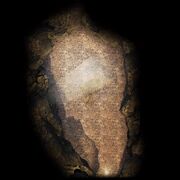 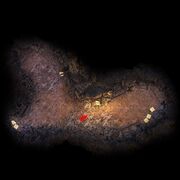 Retrieved from "https://wasteland.fandom.com/wiki/Radio_Tower?oldid=21942"
Community content is available under CC-BY-SA unless otherwise noted.