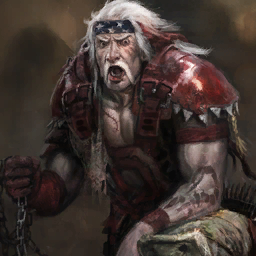 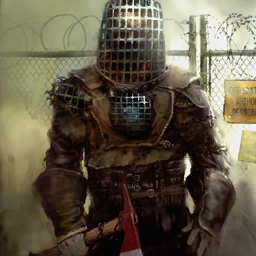 These heavy gunners are members of the Red Skorpion Militia. They are named so because they use heavy weapons in combat.

A heavy gunner have a Bren equipped and it can be very damaging. It is recommended that you take them out before they get a chance to fire at you.

2 heavy gunners can be found at a guard post near the entrance to the old prison alongside Chris VanOverbake, if you paid him the toll.

They can also be found in random encounters, often harassing Wastelanders.

The portraits of the ones in Prison Valley and random encounters are different as compared to those in the main Prison area.

Retrieved from "https://wasteland.fandom.com/wiki/Red_Skorpion_Heavy_Gunner?oldid=21783"
Community content is available under CC-BY-SA unless otherwise noted.