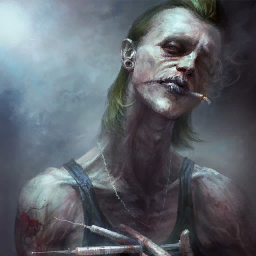 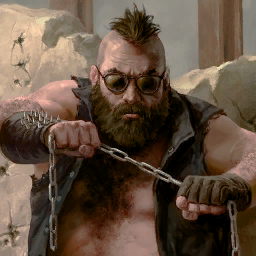 Spyke Alpha is the leader of the raiders at the Radio Tower.

Spyke is the leader of the brutal raiders who have set up a checkpoint at Radio Tower to harass the locals into paying a toll, killing them if they refuse.

He owns two dogs, one of whom is named Barkmeat, and acts tough. However he's not too bright and can be easily intimidated by the Desert Rangers.

According to him, he had the idea to set up the checkpoint at a mysterious shrine he calls the "Good Thinks Spot". He's been having trouble in making the locals peacefully pay his toll however.

Retrieved from "https://wasteland.fandom.com/wiki/Spyke_Alpha?oldid=20026"
Community content is available under CC-BY-SA unless otherwise noted.