The Prison is an area in Wasteland 2 and home to the headquarters of the Red Skorpion Militia.

Named so for being home to a federal prison before the nuclear war. "The Prison" is the home of the former headquarters of the Desert Rangers, who abandoned it after 2087 when Project Darwin's mutants attacked it and the new General Snake Vargas decided to move the Rangers to the Guardian Citadel after finding it more defensible. The Rangers continued to patrol around it for a while, but that also eventually ceased.

The prison complex, along with the valley surrounding it, is now run by by the Red Skorpion Militia, who also attracted other denizens of the wastes to come live in the valley. They promoted the valley as a residential area called "Happy Valley", promising them prosperity and protection. However, it is just a sham so they will be able to bleed people dry and trick them into working like slaves on Jim Auwaerter's farm. 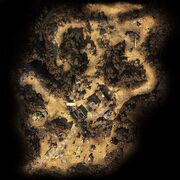 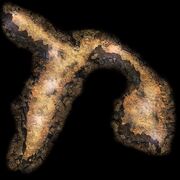 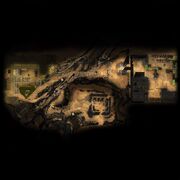 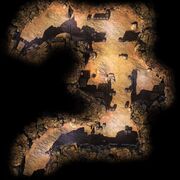 Retrieved from "https://wasteland.fandom.com/wiki/The_Prison?oldid=21907"
Community content is available under CC-BY-SA unless otherwise noted.