This page covers Wasteland 3 weapons. There are many weapons in the game, tied to overhauled skills and their damage will generally scale with skill level. Damage is also affected by weapon mods.

Note the armor and penetration mechanics. The game uses a simple method to determine armor effectiveness: Armor - Penetration. The results are:

All the weapons are grouped by skill, however, even within the skill there are subtypes.

Exactly what it says on the tin. Recommended Attributes: Awareness, Coordination, Strength. 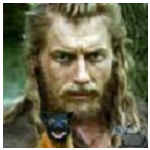 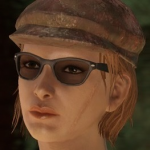